What are nutritional deficiencies?

There are 2 types of nutrients:

More than 2 billion people in the world today suffer from micronutrient deficiencies caused largely by a dietary deficiency of vitamins and minerals.1 Malnutrition was actually the first cause of deaths in the world in 20173. Contrary to common beliefs, it is not only a disadvantaged populations’ concern, but also a public health problem in some industrialized countries and may cause serious health issues such as iron deficiency anemia or osteoporosis.2 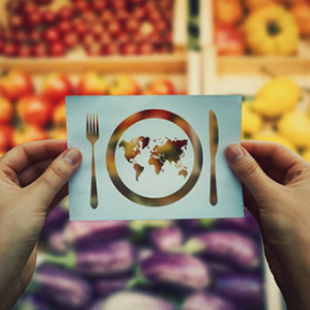 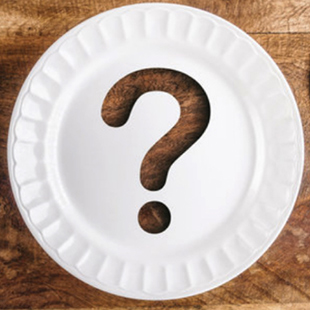 What are the causes of these nutritional deficiencies?1 What are the consequences of these nutritional deficiencies?1 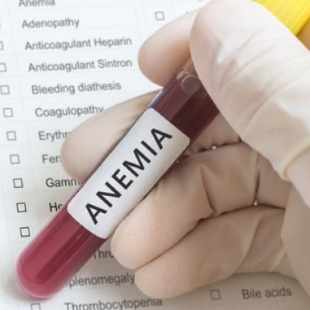 Anemia is a common condition that affects 1 in 3 people worldwide.1 It is defined as a decreased number of red blood cells (RBCs) and occurs when there is an insufficient amount of iron in the body to make hemoglobin. When the quantity of hemoglobin is reduced, fewer red blood cells are formed, and the ones that are formed are smaller. Since haemoglobin is the protein that carries oxygen throughout the body, when there is not enough, the body doesn’t get all the oxygen it needs.

Certain groups are at particular risk for anemia 2, 3, 4

Why are children at particular risk?

Toddlers and children of preschool age have the highest prevalence of anemia at 47.4% of their population group according to the World Health Organization (WHO), largely due to nutritional choices.6

Children require more iron for growth and development, yet many children receive less than their recommended daily value. Children in this age group often receive a good supply of dairy, yet this food group is deficient in adequate iron and can ultimately increase the child’s risk of developing iron-deficiency anemia.7

What are the consequences of anemia in children?8,9,10

Why are women of childbearing age at particular risk?

Due to blood loss experienced through menstruation and the greater demands on the blood supply for the developing fetus during pregnancy, women tend to suffer from a high rate of anemic risk, with a global prevalence of around 42% within their population group.6

Women of childbearing age are the population with the most affected individuals, with an estimated 468 million being non-pregnant women, according to WHO5 and are the highest at-risk population group for iron-deficiency anemia.

What are the consequences of anemia in women of childbearing age?

Whilst women of child bearing age are vulnerable to iron deficiency anaemia, pregnant women in particular are at risk due to high iron requirements.

Iron deficiency anemia can, in pregnant women, lead to:11,12

Why are surgical patient at particular risk?

What are the consequences of anemia in surgical patients?

Why are the elderly at particular risk?

Anemia is common in the elderly and its prevalence increases with age.

What are the consequences of anaemia in elderly patients?

Anemia in the elderly is associated with a poor prognosis that is in terms of mortality, morbidity and risk of fragility.16

How to recognize ida symptoms?5 How is anemia treated?

Anemia is often easily treated. The treatment options you receive depend on how severe the anemia is and the underlying cause.

Treatment for anemia due to iron deficiency usually involves taking iron supplements and making changes to your diet. The purpose is to treat your symptoms by increasing levels of iron and therefore haemoglobin in your body. Oral iron supplementation is available in various forms. Don’t hesitate to ask your healthcare professional about the best solution for you.

Certain foods are rich in iron and should be encouraged Why are calcium & vitamin d important?

Vitamin D and calcium are both very important for optimal human health. Vitamin D is needed for bone mineralisation and has a major role in the absorption of calcium from the intestine, while calcium has a role in maintaining the rigidity and strength of the skeleton. Calcium is involved in a large number of metabolic processes, including blood clotting, cell adhesion, muscle contraction, hormone neurotransmitter release, glycogen metabolism, and cell proliferation and differentiation.1, 2

WHAT PROBLEMS ARE ASSOCIATED WITH CALCIUM & VITAMIN D DEFICIENCIES? WHO IS AT RISK?1,2

A lack of both vitamin D and calcium can lead to serious bone and skeletal problems. In children, this can present as rickets and in adults, as low bone mineral density and osteoporosis.1

Childhood and adolescence are a very important time for the formation of the skeleton. Calcium requirement is increased during this period. However, many young people do not have a proper breakfast, with its traditional variety of calcium-rich foods.

Low levels of vitamin D in children have been reported in studies worldwide, due in part to young peoples’ increasingly indoor lifestyles, pollution in urban settings, and use of sunscreen.

Although rare in industrialized countries, severe vitamin D deficiency in children can lead to growth retardation and bone deformities known as rickets.

An inadequate bone health during youth result in an increased susceptibility to osteoporosis and fractures in later life.

Oestrogen plays a vital role in regulating the bone turnover process throughout life. However, as women become oestrogen deficient when menses cease, bone resorption exceed bone formation and is associated with a decrease in calcium intestinal absorption and calcium kidney retention.

One in three women over the age of 50 will suffer a fracture caused by osteoporosis. result in an increased susceptibility to osteoporosis and fractures in later life.

The elderly are often subject to malnutrition and reduced sunlight exposure.

In addition, their calcium intestinal absorption and calcium kidney retention are decreased, as well as, their capacity to synthetise vitamin D and convert it to its active form.

Fractures due to osteoporosis are a major cause of pain, long-term disability and loss of independence among older adults, and can even result in premature death.

There are often no clear symptoms of vitamin D and calcium deficiencies, except in more severe cases. 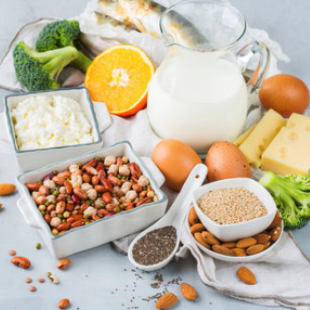 You may be referred to a specialist dietician if you need specific guidance about increasing the amount of vitamin D or calcium in your diet.

If your diet does not provide adequate amounts of calcium or vitamin D, or you are allergic to certain foods it may be a good idea to add supplements to the diet.
Calcium supplements should be combined with vitamin D for optimum effect.

Ask your pharmacist or you GP about the best options available for you. 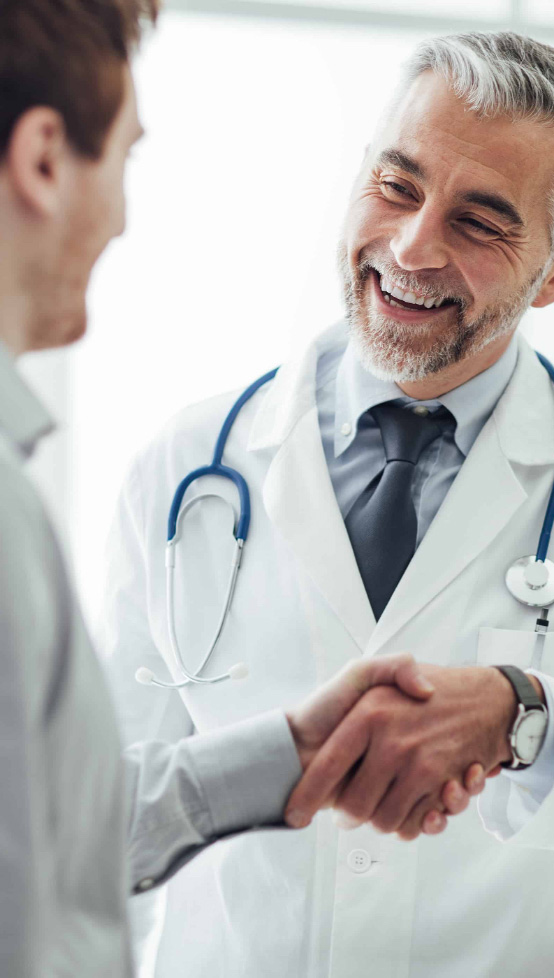 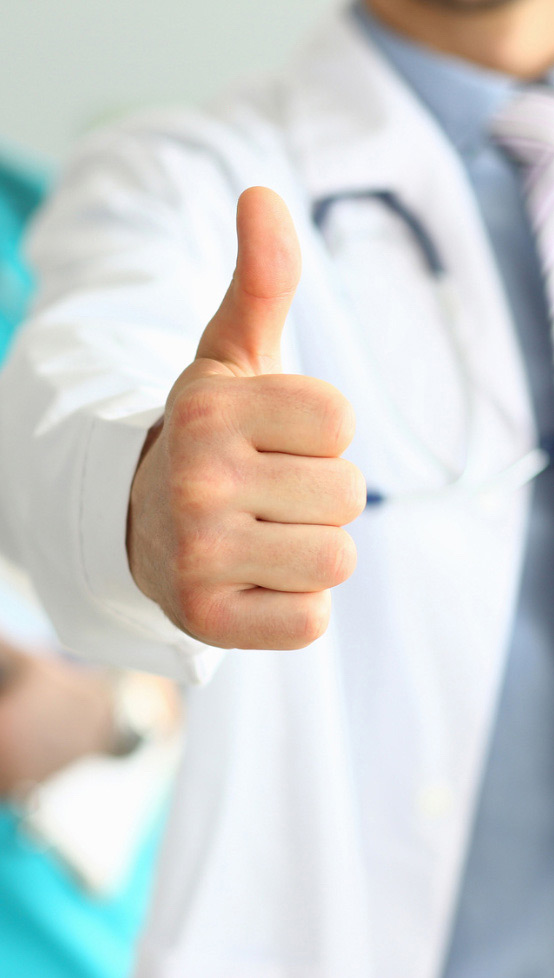