PHYSICAL INACTIVITY, DID YOU KNOW?

¼ adults around the world is insufficiently active.1*

Physical inactivity has been identified as  the 4th leading risk factor for global mortality, with responsibility for 6% deaths worldwide.2

It is also recognized as an important risk factor for multiple chronic diseases and conditions such as Chronic Venous Disease9.

*23%, it doesn’t include inactive people.

What is Physical Inactivity?

Not to be confused with sedentary behavior, which has its own negative effects on health, and is defined as any waking behavior characterized by a very low energy expenditure (≤ 1.5 kcal/kg/hour), while in a sitting, reclining, or lying posture.4

What are the risk factors?

Strong scientific evidence exists for physical inactivity as a primary and actual cause or risk factor for most major chronic diseases, including:

Although less known, some lifestyle and occupational activities are also well-identified risk factors for venous diseases.9

Indeed, venous reflux, i.e. the stasis of blood in legs, that causes venous insufficiency symptoms is clearly associated with lack of physical activity and absence of regular exercice.9,10 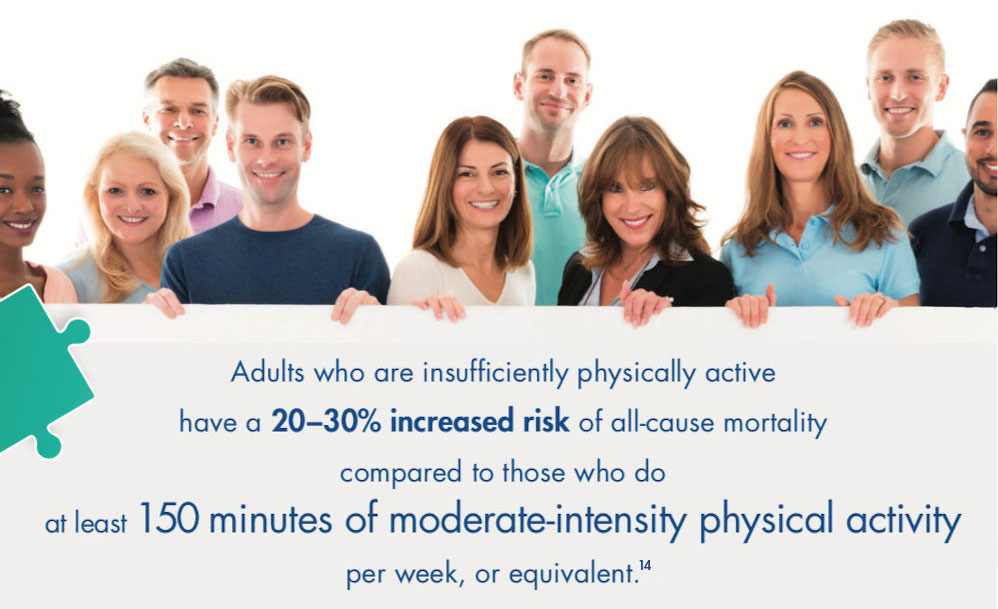 What is Physical Activity?

Physical activity is defined as any bodily movement produced by the contraction of skeletal muscle that increases energy expenditure above resting metabolic rate.12

Moderate-intensity physical activities take some effort, but you can still speak easily while doing these activities.

Muscle-strengthening activities cause the body’s muscles to work or hold against an applied force or weight.

Walking, even a few steps, significantly improves venous flux and symptoms in healthy individuals. The venous pump function can also be reactivated by activities such as biking, swimming or aquagym.11

Preferably, aerobic activity should be performed in bouts of 10 minutes or more and spread throughout the week.

Describe the amount and types of physical activity that offer substantial health benefits.

The WHO (World Health Organization) recommends that each adult aged 18-64 should accumulate at least.5 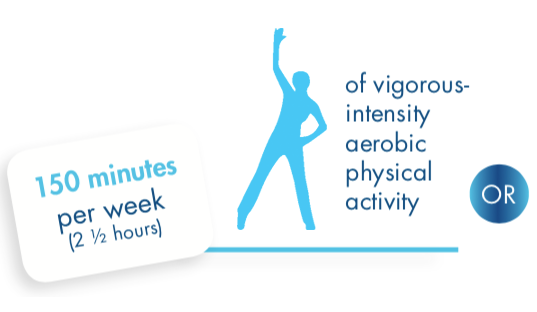 Physical activity needs to be a regular and permanent habit. There are multiple ways of accumulating the total of 150 minutes per week of moderate-intensity physical activity. 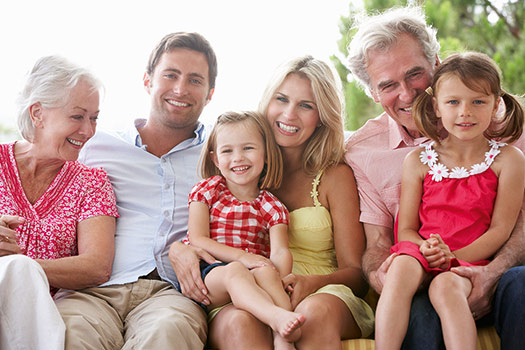 Having a regular moderate-to-vigorous physical activity as recommended by the WHO can15:

CHRONIC VENOUS DISEASE, DID YOU KNOW?10

Around 20% of patients with no clinical signs suffer from pain, heavy legs, etc...

ARE YOU SURE ABOUT YOUR VEINS HEALTH?

During pregnancy, women are more at risk of developing varicose veins11 and deep vein thrombosis.12

During pregnancy, some drugs may not be appropriate to relieve from pain in the legs, but compression stockings can be used7.

What is Chronic Venous Disease?

Chronic Venous Disease (CVD) refers to chronic conditions related to or caused by veins that become diseased or abnormal and do not work effectively.

Valves become inefficient. It becomes difficult for blood to pass through the vein walls and to flow back to the heart.

What are the symptoms experienced by patients?

The symptoms felt by the patient are the leading cause of consultation in vascular medicine and can be experienced in the early disease.

There may be other symptoms such as:

Symptoms are most commonly felt in the calves and tend to increase as:1,2,3

What are the main risk factors?

The main risk factors of developing Chronic Venous Disease are:4, 5, 6

How is Chronic Venous Disease diagnosed?

A diagnosis is made by combining the visual examination of the legs (CEAP classification) and symptoms felt by the patient.

In addition, it is necessary for the doctor to perform a Doppler or Duplex Ultrasound in order to determine if there is a reflux and/or an obstruction in veins and how severe it is.7

The CEAP classification (Clinical-Etiology-Anatomy-Pathophysiology) is used to classify chronic venous disorders, which are heterogenous among patients. The Clinical part is divided from C0 (no clinical sign) to C6 (open ulcer) according the severity of the disease.8

Examining your legs, try to know in which category you are:

What may be the ultimate complications of the disease?

Situation leading to a venous stasis are most at risk of developing a venous thrombosis, which may be of very serious concern.9

Deep vein thrombosis is the formation or presence of a thrombus in the deep veins. It occurs mostly in the lower extremities. It can cause serious injuries of the legs, including limb swelling, pain, discoloration, itching, and ulcer formation.

Even more dramatic, when the thrombus moves from deep veins of the legs until pulmonary artery or its branches, it can cause an obstruction of the artery, called a Pulmonary embolism. It is a major cause of mortality worldwide.

What are the different treatment methods?

The Chronic Venous Disease therapy should be either systemic, or local. In addition, venotonics and elastic compression (or compression therapy) occupies not the last place in it.

Before starting any treatment, it is essential to consult your doctor or pharmacist for advice.

Phlebotonic drugs comprise a heterogenous group of drugs, some of which are synthetic whereas most are of plant origin. Although the mode of action of these drugs is not fully understood, it seems clear that products can act at both the microcirculation and Macrocirculation levels, improving the venous tone. Most of them have shown anti-inflammatory effects, and flavonoids have also shown antioxidant properties.

Compression stockings apply pressure to the legs, reducing venous reflux and helping blood to come back to the heart. The pressure to be used depends on the stage of the disease. They decrease functional signs (pain, heavy legs etc.) and have a significant effect on the patient quality of life. They are also essential at the latest stages of the disease, in case of edema and skin damages.

Compression stocking are available in different formats and they can be used in pregnancy.

As an alternative to compression stockings, bandages can also be used.(7)

Until recently, the traditional vein ligations with or without stripping has been the gold standard for varicose veins treatment. Although surgery provides good outcomes, it is associated with adverse effects (such as ecchymosis, hematoma, tenderness, infection, etc.).

What is hemorrhoidal Disease?(3,4)

The mechanism of hemorrhoidal disease development is still poorly understood.

While in the past pathologic hemorrhoids were thought to be anorectal varices, the actual hypothesis of their origin is local tissular deterioration.

What are the manifestations of hemorrhoidal disease?(3,4)

External hemorrhoids can thrombose (formation of a blood clot in hemorrhoidal vessels) and induce:

What are the risk factors of hemorrhoidal disease?3,4,5,6,7

As prolonged physical inactivity can promote constipation, it might also be considered as a risk factor of hemorrhoidal disease.

Exact data on hemorrhoidal disease prevalence are rare. The true prevalence is inevitably underestimated due to the under-reporting of these symptoms. It is estimated to be up to 40% of the general population.

Hemorrhoids are very common during pregnancy and post-partum.

Up to 85% of pregnant women

This can be explained by the physiological changes occurring during pregnancy as well as the frequent occurrence of constipation.

11% to 38% of pregnant women suffer from constipation

How should I know if I have hemorrhoidal disease?1,3

Therefore, a thorough medical examination is necessary for diagnosis. It includes:

If you experience blood in the stool, it is recommended to see a doctor as soon as possible as this sign may be caused not only by hemorrhoids but also by more severe pathologies.

What are the treatment methods for hemorroidal disease?

Can be effectively treated with lifestyle and dietary measures, medication, instrumental measures and/or surgery.

The objective is to prevent or reduce pathological development or symptoms of hemorrhoidal disease.

Having a good transit regulation is essential!

Before starting any treatment, it is essential to consult your doctor or pharmacist for advice.

The objective is to induce fibrotic scarring of internal hemorrhoids.

The objective is to relieve symptoms.

Disease management: the word of experts 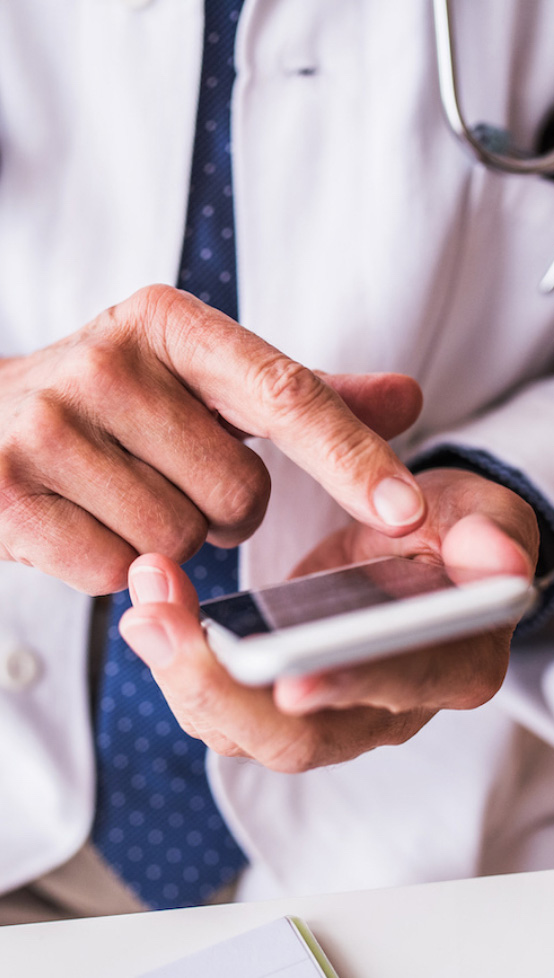 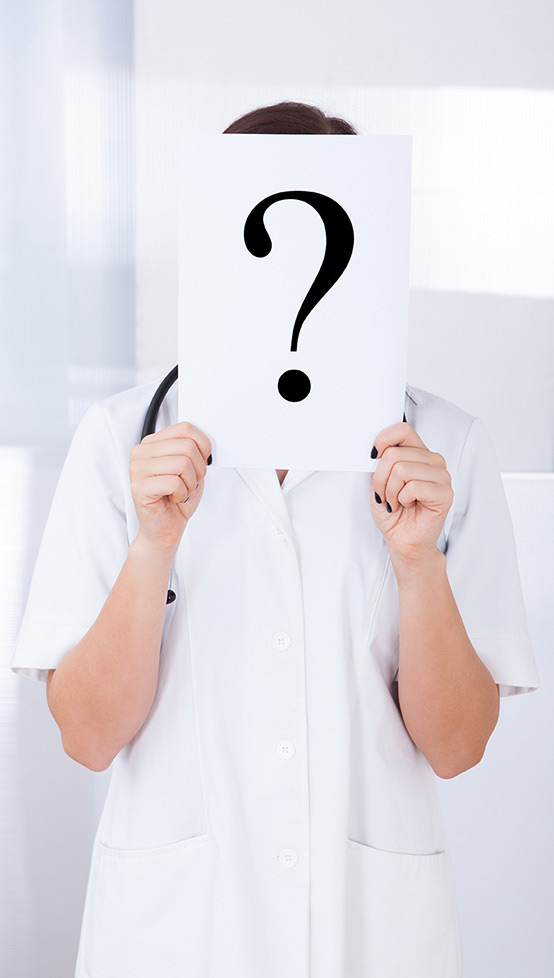